Next forum 4 June 2019: Why a National Integrity Commission?

By Catherine MacGregor | Past Forums 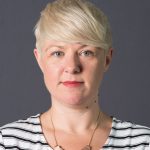 In our June forum, Ebony Bennett, Deputy Director of The Australia Institute, will explain the case for a National Integrity Commission (a federal ICAC) with authority and capacity to systematically investigate corruption at the federal level.

In the words of an open letter signed by 34 retired senior judges, “Confidence and trust in government and public institutions is at an all-time low. When this confidence and trust is diminished, pessimism, divisiveness and conflict increase; and social cohesiveness is harmed. As a result, the economy and the welfare of all Australians suffers. Ultimately, as international experience has shown, democracy itself is threatened and may be irreparably damaged. Governments ignore at their peril demands by citizens to combat corruption with vigor.”

Ebony Bennett has worked in federal politics for more than a decade. Ms Bennett has published research on gender and street harassment and regularly appears as a commentator on Sky News and as a contributor for the Guardian and Fairfax publications.

Ebony began her career as a journalist in the federal press gallery before becoming media advisor to Bob Brown and later his Strategy Director. She has worked in federal politics for more than a decade. She has also worked for the Australian Human Rights Commission and a market research company.

Open letter on the establishment of a National Integrity Commission